Before ordering, we recommend to read our Shipping and Returns page for changes to customs and tariffs.

The first official Peaky Blinders-themed festival will take place in Birmingham in September.

A similar event last year, which was not approved by the makers of the show, reportedly left some fans unhappy.

"I wanted to put together a festival sanctioned by us but not to comment on anybody else's attempt," creator and writer Steven Knight told BBC News.

The Legitimate Peaky Blinders Festival will be held in Birmingham, where the show is set, on 14-15 September.

The event will see 200 actors recreate Peaky Blinders scenes live in the historic streets, warehouses and factories of Digbeth. There will also be fashion shows and a specially commissioned dance performance by renowned company Rambert.

The line-up for the five music stages includes Mike Skinner aka The Streets and Anna Calvi, who scored the fifth series of Peaky Blinders, which starts on BBC One later in the year. 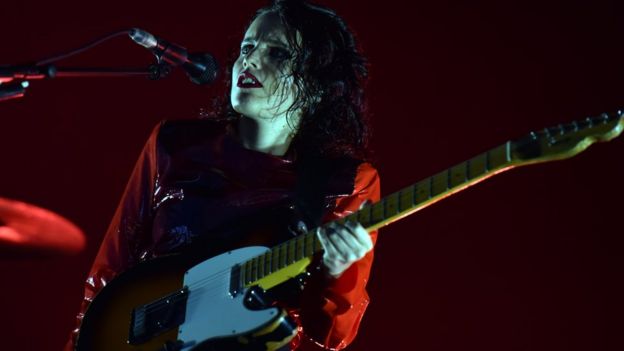 She said in a statement she was "thrilled to be performing", adding that the score was "a major project for me this year and I'm excited to be bringing a special one-off version of my show to the festival".

Music has played a part in the show's success, with Nick Cave's track Red Right Hand played over the opening credits.

"I've never been able to define why it is that sometimes you hear a beautiful Irish folk song sung in a really beautiful melodic way and it's still right. I think what connects all of those things is the words. The lyrics tease you into this slightly mystical, slightly dark, threatening place, which is where the Peakys live."

Knight is reluctant to share many details of the fifth series, which premiered to a select audience at Birmingham Town Hall in July, an event that saw 83,000 people apply to attend.

We do know the new series will see Tommy struggling to balance the demands of a criminal empire with his new role as an MP, and features - as a new character - Oswald Mosley, the founder of the British Fascist Party.

The 1920s-set drama is shown in 83 countries around the world, and its popularity has led to unauthorised spin-offs like last year's unofficial festival and a theme bar in Manchester.

But Knight said he had been "absolutely heartened and thrilled by the response of Peaky fans" who have made artwork and other tributes to the show on their own.

"We weren't doing anything, they were doing it themselves," he said. "They've done incredible artwork and tattoos and graffiti on walls and it's been wonderful because it just means people have really responded to the show." 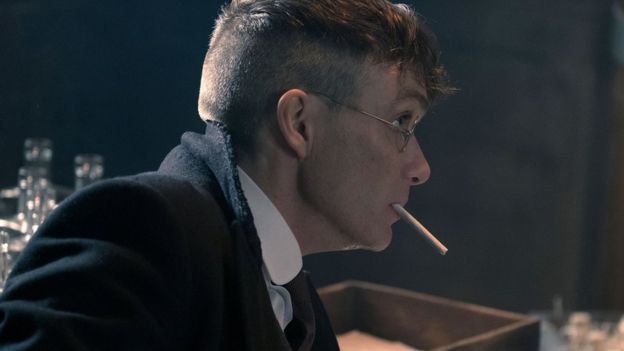 What will be unchanged for Tommy Shelby in series five is his nicotine habit, Knight said. Murphy is estimated to have smoked more than 3,000 (herbal) cigarettes in the line of duty.

Following a report that suggested that Netflix showed "much more tobacco" than on US TV or cable, the streaming service - which is not bound by traditional broadcasting rules - has pledged to cut back on how often smoking is shown in its original shows.

The first four series of Peaky Blinders are available on Netflix, as well as on the BBC iPlayer in the UK. According to Knight, it's all about historical accuracy.

"The key is in the fact that we're trying to be as true to that world as possible, you know, and that's what people did," he said. "People did smoke a lot in those days. And that's what we're reflecting in the same way that we wouldn't have a modern car on the street."

HOW TO STYLE TWEED WEDDING SUITS